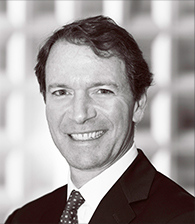 Mr. Kempner began his career at Lazard, in 1983 and was named a General Partner in 1993. Mr. Kempner was involved in banking and capital markets transactions and managed Lazard’s Corporate Finance department from 1995-1998 and founded Lazard’s Logistics and Transportation group in 2000. His most recent role was as Senior Advisor in Lazard’s general industrials banking group, with emphasis on companies in the Transportation and Logistics industries. Mr. Kempner also served on the Underwriting and Private Placement Committees of Lazard. While at Lazard, Mr. Kempner advised Cardinal Logistics on its sale to Centerbridge, General Maritime on its restructuring, Box Ships on its Initial Public Offering, Atlantic Street Capital on its sale of Fleetgistics, the Special Committee of Overseas America on its sale to OSG, ITS Technologies & Logistics on its sale to The Carlyle Group, New Breed on its sale to Warburg, Pincus, Navios Maritime on its sale to International Shipping Enterprises, SuperValu on its acquisition and sale of Total Logistics, and advised UTI on its Initial Public Offering.