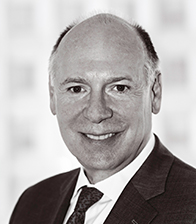 Mr. Niemczyk is a founding Partner of Loeb Spencer House Partners and a Managing Director to LSH Partners. Mr. Niemczyk’s investment banking career spans more than three decades in New York and London. Before joining the firm in October 2015, Mr. Niemczyk was Vice Chairman and Global Head of asset management investment banking at Bank of America Merrill Lynch. From 2001 to 2009 he was Managing Director with similar responsibilities at Morgan Stanley (New York and London) and UBS (London). At Lazard Freres & Co. from 1990 to 2001, Mr. Niemczyk was a General Partner, member of the Supervisory Board, the Opinion Committee and the Lazard/Daiwa SBCM Steering Committee. He started his Wall Street career in 1983 with Salomon Brothers in corporate finance and from 1988 to 1990 he was a generalist M&A banker with The Blackstone Group. During his career Mr. Niemczyk has advised financial institutions and non-financial companies on a broad range of M&A transactions, restructurings and public and private financings. Mr. Niemczyk received a B.A. (Economics) from Yale University, a M.Sc. (Economics) from the London School of Economics and an M.B.A. from Harvard Business School.